In episode 91, Shane and Brian decide that Roseanne's tweet was Definitely ... 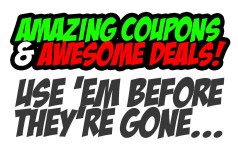 Check back here for daily flash sales and updates!... 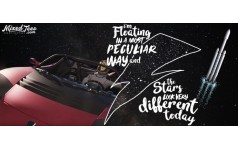 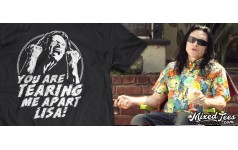 You Are Tearing Me Apart Lisa!

You Are Tearing Me Apart Lisa!... 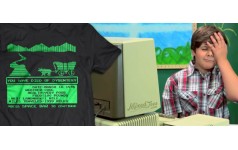 You Are Tearing Me Apart Lisa!

Oh hai reader! Everyone has their favorite movies, whether it's action, drama, comedy or horror. BUT have you ever heard anyone loving a bad acting, bad camera, bad writting, bad everything all in one movie? Ever since June 27th 2003 one movie did just that! The Room was produced, written and Directed by Tommy Wiseau and even starred him as the main character named Johnny. The movie was originally a play in 2001. He then created a 500 page book which failed to be published. This fustration of rejection inspired him to create his own movie. He managed to get a $6 million budget. Unfortunately, it only made $1,800 at box office. The reactions from the viewers is not what they expected. The viewers laughed, cringed, and laughed some more. What was suppose to be a drama is now a comedy due to it's bad acting and all around bad everything. Critics claiming it to be the worse movie ever made. One assistant professor or film studies even claimed it to be "The Citizen Kane of bad movies". If you do not know, Citizen Kane is claimed to be the greatest film of all time. Since 2003, The Room is now a cult classic. A movie called Disaster Artist which starred James Franco to play as Tommy Wiseau. The plot showed the true events that happened on how The Room was created, and came out on December 1st, 2017. So technically The Room became very successful for being very unsuccessful. Not sure if that is a thing to be proud of, but today Tommy Wiseau is praised for it.

click HERE to you own "Tearing Me Apart Lisa" shirt now!